The Fun of a Fundraiser - Week of Oct. 3rd

“No one has ever become poor from giving.” ~Mary Angelou

Our week was building up to the first big fundraising event for Brody's Be Café on Thursday evening. 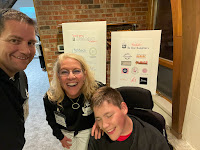 It also made us wonder...who started fundraising in the first place?
Quick Fundraising History Facts: 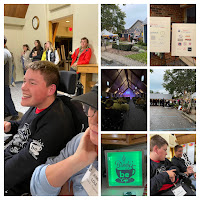 Modern fundraising started with the YMCA. Frank L. Pierce was tasked with raising money to build a YMCA in Washington D.C. In two years of campaigning, he raised $270,000, but still needed $80,000, and donations had stopped coming in. In 1905, Pierce partnered with Charles Sumner Ward. The two men created a campaign to raise the rest of the money, trying things that no one had ever done. 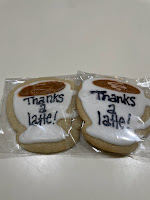 Brody's Be Café non-profit organization sold tickets online, provided drinks and food, and a professional auction!  Cam was in charge of oversight duties, audio/visual with Chris and greeting people.  Jane had printed posters, created bidder numbers and the registration list.  Fishbeck, where Chris is the IT Director, was a sponsor for the event and Cam's dad made the cool lighted café sign that a couple was lucky enough to win in a giveaway.  The evening was incredible, watching over 150 people in our community support the mission of providing employment to individuals with different needs and abilities.  This non-profit cafe's motto is "We believe everyone belongs and we can work beside one another." At the end of the event, everyone walked away with a "Thanks a latte!" cookie. 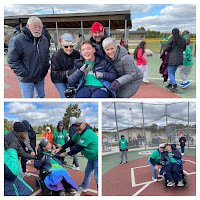 Oma and Opa arrived on Friday to stay with us overnight and attend Cam's last baseball game Saturday morning.  We woke up to a cooler weekend and everyone was bundled up for the WMML field.  The wind was brisk and we are quite certain the concession stand may have run out of coffee and hot chocolate.  Patti and Steve arrived to surprise Cam as well.  The sun appeared briefly during the medal ceremony and Coach Mark was just as excited as each of the players. 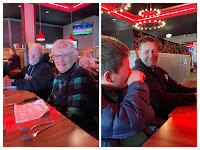 Following the game, our family unit with Cam's grandparents made the short drive to Logan's Roadhouse for lunch.  Although we waited quite awhile for our midday meal, we were seated next to the fireplace and college football appeared on every tv in sight.  Our food was delicious and we bid farewell with thanks to Oma and Opa for being with us. 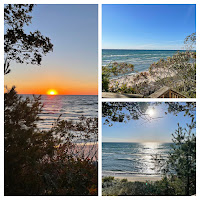 Coco's husband, Max is from Canada and Molly's husband, Jude is as well.  Even though it was still chilly, the sun shone
brightly on Lake Michigan in the mid-afternoon.  The turkey baking in the oven smelled wonderful and as we visited with everyone, the evening arrived too quickly.  We all sat down around 7p to dine on Thanksgiving mainstays.  Delicious desserts followed the feast and the entire setting was so relaxing.  Before we knew it, the 9p hour was approaching and it was time for our fam to get back on the road to GR.

Cam was especially proud of himself as we headed out and said, "I was really patient, wasn't I? I did not keep asking you when we were leaving."

On the night of the fundraiser, the auction was held in the church sanctuary right across from the café. One of Cam's duties was to be certain people didn't bring any food or drink inside.  Perhaps next time, he'll need a whistle.
"People are not listening.  I keep telling them.  We need a sign!"
Posted by Special Moms at 5:18 PM