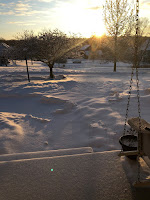 Advice is like snow - the softer it falls, the longer it dwells upon, and the deeper it sinks into the mind. ~Samuel Taylor Coleridge

Technology keeps us connected.
Cam's teacher uses an application called "Seesaw" where she will post pictures of Cam on Jane's private profile for easy viewing and download.  Our curious son has definitely taken a liking to science and it continues to be one of his favorite subjects.  Playing some indoor soccer with classmates is a bonus as well. 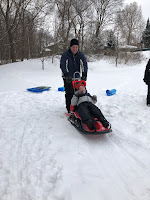 On Saturday, our good friends Greg & Jill, with their kids Lucas and Leila made the trek from Fruitport to try some backyard sledding!
Chris and Greg met in college, Jane and Jill became fast friends after being introduced and now all of the kids get to play together.
The crisp air was chilly, but there was no wind in the early afternoon, which allowed us all to enjoy multiple rides down the hill.  With Cam's cool toboggan sled, allowing for an extra tag-along on the back, Jane and Chris were able to take turns providing a two-for-one special. 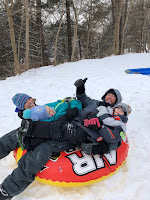 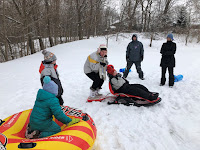 The snow tube was a big hit with everyone.  It picked up speed at the bottom of the hill each time.  Lucas and Leila and their parents managed to all pile on together, but bailed out when the tube started going sideways.
Since they had gone first, one might assume others were paying attention. 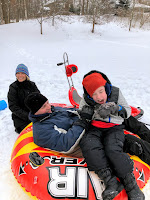 As Chris and Cam took their turn, the snow tube headed a bit off the path to the right which would lead one careening into the woods.
As they veered in that direction, Jane and Greg ran to intervene.  While Cam was laughing, with his head facing downhill, Chris asked Jane "why didn't you take a picture?"  Hmmm, why indeed? :)

Camology Quotes:
Our musical son has taken to singing along with popular songs.  Since he's been learning the words, he apparently decided to take his own turn at composition. 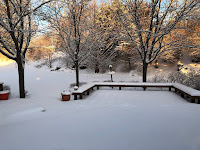 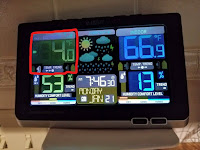 "We didn't realize we were making memories, we just knew we were having fun." ~Unknown

As time passes, memories do fade.
Perhaps when Cam's parents were in grade school, they experienced pajama days, but neither one recall doing so.

Full of school spirit, our son was happy to comply with the request to arrive at school dressed in his pj's. 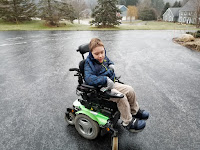 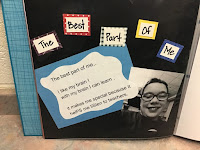 A school project completed this week was entitled "The Best Part of Me" in which Cam indicated.. "I like my brain! With my brain I can learn.  It makes me special because it helps me listen to my teachers."

After experiencing a somewhat mild winter, the tables have turned and a cold blast has arrived.  Monday morning was a balmy -4 degrees on the thermometer!  Due to some rain and then a hard freeze, Cam was home from school because of widespread cancellation as it appeared everything was completely iced over. 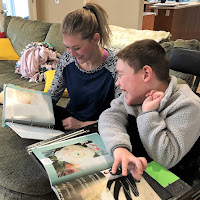 Miss Amanda spent Martin Luther King Jr. day with her buddy since both of their schools were closed in honor of MLK, Jr.  Cam participated by providing service to others, helping Miss Amanda with her wedding planning activities.  The pair conducted research the better part of the day, as Cam assisted with keeping things organized and searching for information.  He may just be the only eleven-year-old volunteer wedding consultant!

"Life's most persistent and urgent question is, 'What are you doing for others?'" ~Martin Luther King, Jr. 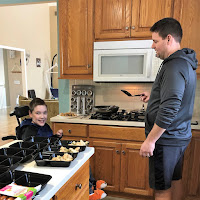 Camology Quotes:
Our difficult sleeping has continued due to inflammation in Cam's knee, but our son's mood has stayed relatively happy during the day. Due to sleep deprivation, though, he did have a few negative instances this week.  He seemed quite reflective on Saturday.

"I have the nicest Mom and Dad."
"And we know we have the nicest son."
"Your son is nice, but sometimes he has his moments."
Posted by Special Moms at 4:22 PM No comments:

“What hath night to do with sleep?” ~ John Milton

Sleep has alluded us all this week, but for good reason.
As much fun as our bowling venture was, it turns out, it wasn't a good idea for Cam's leg.  Since he
was in bowling shoes and not his orthotics, he was weight-bearing on his left leg for every frame of 2 games.  Even though it was a short period of time for standing, his leg was sore upon arrival home. 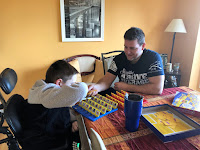 Each night, Cam's sleep seemed to turn progressively worse, and we kept him home from school both Tuesday and Friday after he was awake nearly every hour each night before.
On Tuesday, Chris took the day to hang out with his son and Jane was on duty for Friday. Both parents took time to play Cam's favorite game of "Guess Who" which he is very good at!
After consulting with his doctors and specialists, the recommendation to seek x-rays came at 2pm on Friday afternoon. 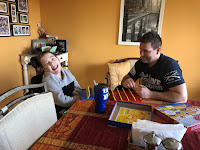 Ms. Patti, our dear friend, stopped by with the largest Starbuck's coffee ever and Cam and Jane explained the week's events and latest request from the docs.  Patti mentioned there was an Orthopedic Urgent Care just 10 minutes away and they could do x-rays!  We followed her there and she got us settled and looked at books with Cam.  In Jane's sleep-deprived state, she could not thank Ms. Patti enough!  X-rays were fine but the doc determined Cam's left leg muscles were inflamed and prescribed a round of steroids.  The prescription began Saturday morning and Saturday evening was the first night of semi-normal sleep (only awake 3 times) Cam had had in almost two weeks. 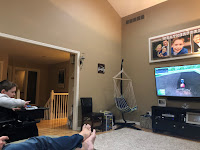 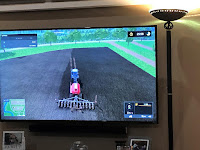 For someone who was maintaining very little rest, our son was still quite chipper (much more so than his parents!) during the day.
He and Chris honed their harvesting skills by playing Farming Simulator on the XBox with Cam's Adaptive Controller.  Chris noted that possibly this summer, we should look at investing in some farmland, since these two are now apparent expert farmers! 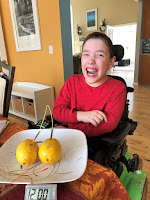 Auntie Karen's birthday present of Science Passports is the gift that keeps on giving.  Every month a new box arrives and our curious Cam cannot wait to delve into the contents.
This month was the Electricity Lab which Chris and his son completed. Each task also outlines the reasoning behind how it works....and Cam is a very good listener.
"Cam, this experiment is really cool.  Your mom wants to know how it works."
"The copper wires in the lemons make it work."
"But how does it generate electricity?"
"Because of the electrons, Mom!"
Posted by Special Moms at 3:47 PM No comments:

Bowling Over the New Year - Week of Dec. 31st

"Bowling is not a sport because you have to rent the shoes." ~ George Carlin
"It's not how you bowl.  It's how you roll." ~ Unknown 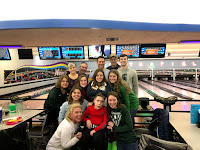 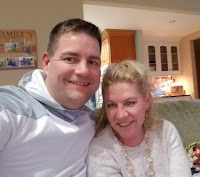 On the last day of 2018, we made our way to the Northview Bowling center in Grand Rapids.  Our group was comprised of our family, the Raisch's and friend, Biala, as well as the Flegels.  The 4pm package included two hours of bowling, a large pizza per lane and two pitchers of soft drinks.  We weren't able to secure a ramp for Cam's chair, so his strong dad carried him to the lane each and every time it was his turn.  Cam used a bowling assistance ramp to push the ball down.  He won the first game and just about won the second as well.  It was our 11 year old's first time wearing bowling shoes for the venture.  Cam indicated his leg was sore by the end of the time from all of the standing on the lane.  It was such fun for all of us to be together to say goodbye to 2018.
Chris and Jane quietly rang in 2019 back at home and their son was asleep before 10pm.

Cam was into his second week of holiday break from school and Miss Amanda was able to hang out with him Wednesday, Thursday and Friday.  The milder weather even allowed for a couple of outdoor strolls for the two.  They spent quite a bit of their time playing new games Cam received for Christmas. 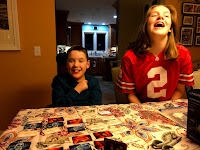 Over the weekend, we watched the Rose Bowl with the Raisch's and feasted on stuffed pasta shells and salad.
After dinner,
Emma and Cam joined Chris and Jane in a game of Codenames.  The goal is to provide a one word clue and have your partner guess the words associated with it.  The game itself is quite intriguing since so many words have dual meaning.

As we bid farewell to 2018, we look forward to the new year and all of its possibilities!

We know Cam picks up words and sayings from friends, classmates, and the community at large.  We always chuckle when he uses a phrase in seemingly perfect comedic timing.
On a trying morning of 'one thing after another' Jane was thankful for Cam being mindful and waiting for her time.

Thank you for being so patient with me, Cam.
"All in a day's work, Mom!"
Posted by Special Moms at 10:00 AM No comments: