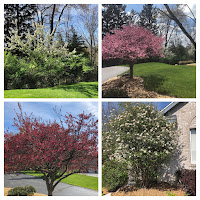 “Just like a GPS, the universe sends you signs to show you the best course. If you follow the flow, you get where you want with ease and happiness. If you miss a turn, the road becomes longer and harder.” ~Charbel Tadros
“Right now there are thirty-one satellites zipping around the world with nothing better to do than help you find your way to the grocery store.” ~Ed Burnette
The Global Positioning System (GPS), originally Navstar GPS, is a satellite-based radio navigation system owned by the United States government and operated by the United States Space Force. It is one of the global navigation satellite systems (GNSS) that provides geolocation and time information to a GPS receiver anywhere on or near the Earth
where there is an unobstructed line of sight to four or more GPS satellites. 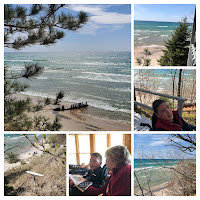 Your sense of direction is your ability to know roughly where you are, or which way to go, even when you are in an unfamiliar place. 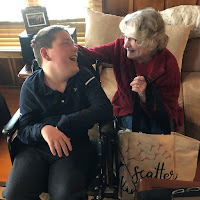 Cam has always seemed to remember how to direct others to their destination.  Once he's been to a location it remains with him.  When directing his mom a "back way" over to Costco, he exclaimed, "I'm like a GPS!"
We planned a trip to the cottage on Saturday to finalize the Dishy setup for the new satellite internet service.  While Chris worked outside to find the perfect spot, Jane and Cam assisted Oma with some tasks inside.  Upon completion, we gave Jane's mom some early Mother's Day gifts including some new dish towels and apron set.  She laughed at the one from Cam reading "Grandma Rules....what rules?!"

After sharing dinner with our Raisch friends that evening, Chris and Steve planned an impromptu fishing trip for early Sunday morning.  They left at 7:30a leaving Cam and his mom to tackle a few projects of their own.  Winter gear was stored downstairs and heavy coats were moved to the hall closet. 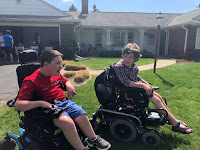 In the early afternoon, we joined a virtual baby shower for our cousin.
Immediately following the zoom meeting, Jane and her son were off to wish Cam's buddy, Liam a very happy 13th birthday.  Fresh fruit, homemade whipped cream and delicious chocolate cake with chocolate frosting makes any bday celebration extra sweet.  The small group of boys played baseball and enjoyed the very warm, sunny weather.  The breezy, balmy day was an unusual 80+ degrees!  Cam gave Liam a picture cube and puzzle with pictures dating back to when the boys were in preschool.  It seems a rarity to have friends for a lifetime, but these two are well on their way. 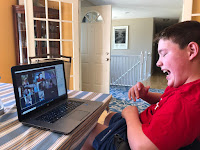 During the drive to the cottage, Jane typically looks for interesting stories on her phone to read to the guys.  One such story was about the world's first floating pool, 115 feet in air, located in London.  Jane commented how unbelievably freaky it would be to swim in that pool. Apparently, Cam's mind was fixated on our impending lunch pickup...
"Speaking of freaky, can we check out the Jimmy John's menu?"
Posted by Special Moms at 12:40 PM