The Gift of Giving- Week of Mar. 9th 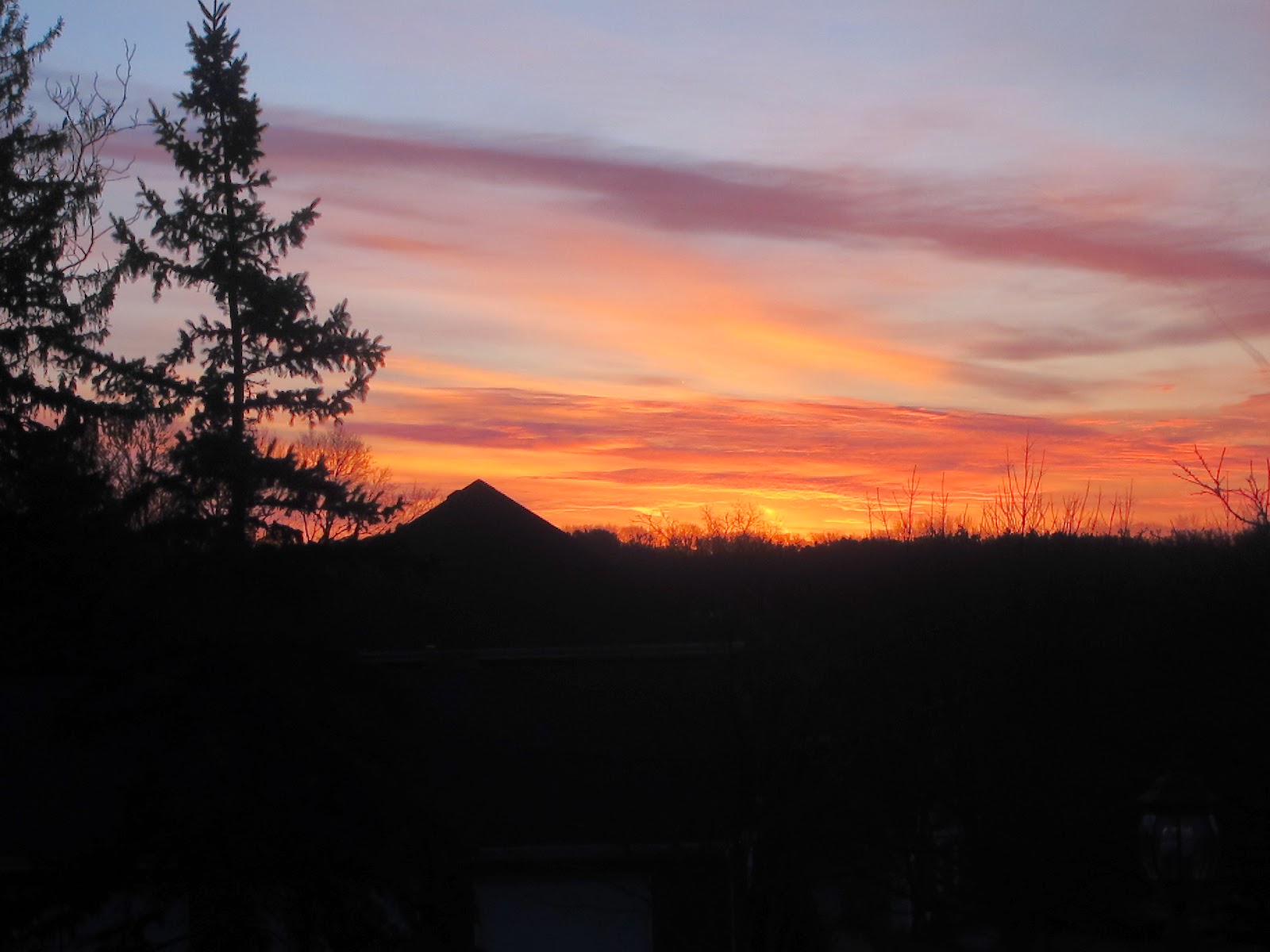 The manner of giving is worth more than the gift.  ~Pierre Corneille, Le Menteur

The snow is melting quickly now and we can feel spring in the air.  Michigan has experienced an unusual amount of sunshine starting the day with some spectacular sunrises. 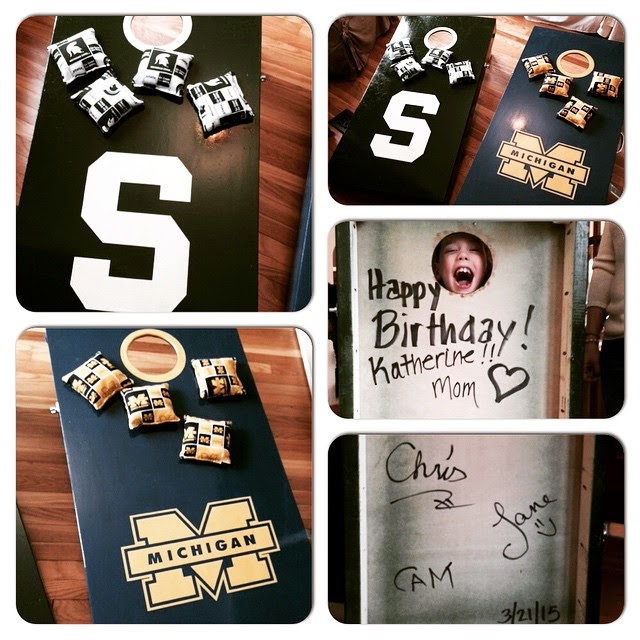 The week included building a birthday project for Katherine...the idea was Ms. Ann's, it was created by Chris, supervised by Cam, with support from Jane.  The gift was to build the cornhole game (bean bag toss) with one side set up as U of M and the other side, MSU.  The history of the game is mostly unknown.  One story claims that the game was first played during the 14th century in Germany, then rediscovered in Virginia, and in the tundras of Alaska, within the last century.  Because the craft was quite labor intensive, Ms. Ann saw Cam nearly every day this week.

Saturday was the official birthday celebration for both Katherine and Ms. Ann since their birthdays are so close together.  We dined on delicious steak and crab at Katherine and Paul's house and then played games, including but not limited to cornhole, catch phrase, Hollywood game night and others.

We are often struck by the realization that this group of people, our extended family, wouldn't be in our lives if it wasn't for Cam.  It is the gift that keeps on giving ...the gift of others. Yesterday is history.  Tomorrow is a mystery.  And today?  Today is a gift.
That's why we call it the present.
~Babatunde Olatunji, also attributed to Alice Morse Earle
Posted by Special Moms at 9:05 AM