Some experiences provide similar reactions whether you're a kid or an adult.  The same anticipation, excitement, and thrill are still there. 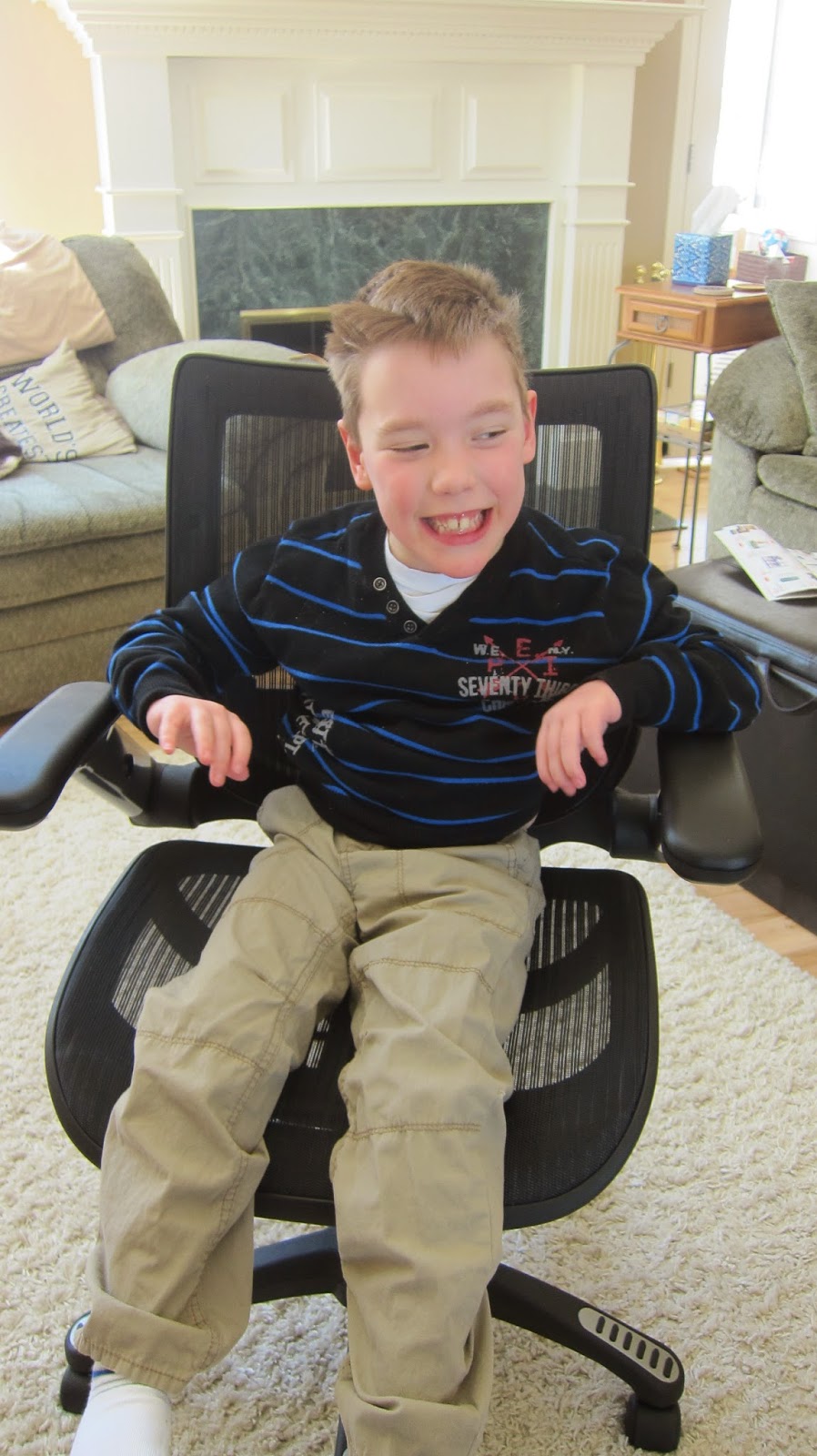 Cam's weekend started out with breakfast at Arnie's restaurant.  He feasted on scrambled eggs, toast, hash browns, sausage and fruit.  On the way out, the cakes certainly looked tasty.

Next, we were off to Costco, one of Cameron's favorite stops.  It could be due to the consistent food samples provided at every turn there. One of our items to pick up was a new office chair for Jane.  Upon arriving home, Cam and his dad put it together very quickly.  Of course, the chair had to be thoroughly tested.  Cam took multiple spins around and was a bit dizzy when he stopped.  The office chair passed the spin-o-rama testing and was promptly placed at Jane's desk.

The best part of the day was yet to come.  Emma, Cam and their moms had an outing planned to the movie theater.  We all wanted to see the Disney movie "Big Hero 6."

The experience of buying tickets and standing in line for popcorn is one that never gets old.  Of course, it is difficult to ration the tasty treat before the movie starts.  Quite possibly, we were halfway done with our popcorn when the theater darkened and the flick started. It was a great movie filled with action, laughter, and a bit of Disney sadness mixed in.  We all giggled at Cam's reactions of "whoa" and "why did he do that?" peppered throughout the film.

Many thanks to our buddies, Emma and Patti who made this such a memorable day.


We were surprised to notice, even though we'd seen it many times before, that the sculpture in the courtyard of the cinema, is actually three C's on top of each other.

We had no idea there was artwork dedicated to Cam next to our favorite theater!
Posted by Special Moms at 10:49 AM