In our sun room, three word plaques read, "Live" "Laugh" and "Love" all in separate windows.  It is a mantra our family attempts to follow every day. 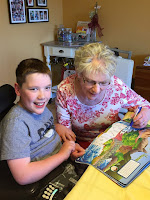 The real source of "Live, Laugh, Love" is Bessie Anderson Stanley's 1904 poem, "Success." Stanley originally submitted the work in the form of an essay for a contest held by Brown Book magazine that asked entrants to define success:
He achieved success who has lived well, laughed often, and loved much; Who has enjoyed the trust of pure women, the respect of intelligent men and the love of little children; Who has filled his niche and accomplished his task; Who has never lacked appreciation of Earth's beauty or failed to express it; Who has left the world better than he found it, Whether an improved poppy, a perfect poem, or a rescued soul; Who has always looked for the best in others and given them the best he had; Whose life was an inspiration; Whose memory a benediction.
Funny how the condensed version is still seen everywhere more than a hundred years later. 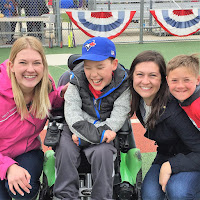 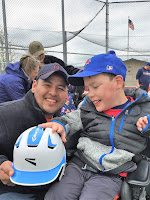 We were excited to have Oma overnight with us due to an appointment she had in Grand Rapids.  Pictured with Cam, grandma and grandson are working on the gift that keeps on giving from 'Auntie' Karen.  Little Passports is delivered monthly to Cam and includes a booklet all about one of the 50 states.  He's received more than half of the states thus far! 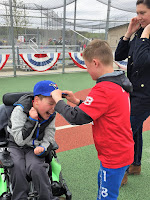 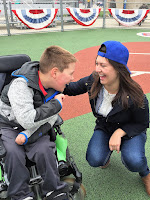 On Saturday, we were relieved to see the baseball game wasn't cancelled since the rain held off for us.  Home Depot helpers took the field and Carlos found Cam.  Normally, the Depot volunteers show up for the last game of the season, but this spring, they were at the third game.  You wouldn't think this would matter, but Home Depot is the only group that actually provides free lunch for participants, families and friends.  Now, since a couple of parents (namely Cam's) did not have this information in advance, our ball player was a bit bummed he had already eaten lunch and was too full to partake in munching on a hot dog.  Like most things, though, Cam took it in stride.  After his game was over, we wanted a picture with the Cam Fans- Ms. Amanda and Ms. Brooke.  Brooke was teasing Cam and grabbed his baseball cap and put it on backwards.  As you can see, a best buddy and teammate, Brody, quickly decided Cam needed that cap back on his head!  A big thanks to Ms. Amanda and Brooke for hanging out with us. 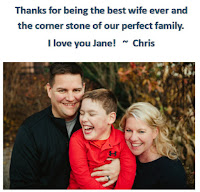 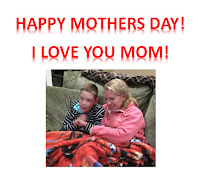 Chris and Cam were working on a little project for Mother's Day and Sunday morning, revealed their efforts.  The boys had put together a special slide show for the homemade digital frame complete with picture messages for Jane.  They also gave her a new Alexa for her office downstairs and a shirt with the words: "I am not a princess, I am Kahleesi" which is a Game of Thrones reference pointing to the fact that Kahleesi is a strong (albeit short) woman who fiercely protects those she loves. 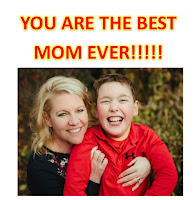 After a delicious breakfast and Alexa setup, we made our way to the cottage to install the homemade bathroom door and finish up a few other items. 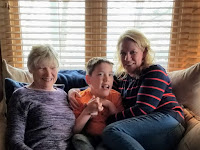 Of course, we were anxious to see Oma to wish her a Happy Mother's Day too.  Jane and her mom exchanged sweet gifts and we shared a delicious brunch of homemade crepes, one of Oma's specialties.  As Jane knows, one of the best things about having Oma as a mom is that Cam has her as a grandma.

To all of Cam's grandmas, aunts, aunties, godmother, cousins and close friends- we'd just like to say, Here's to the best of the best on Mother's Day!

Camology Quotes:
Miss Barbara, one of Cam's former teachers, sent Jane an email about a write-up recently recognizing their school. 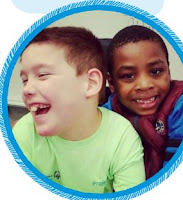 The Special Olympics organization creates resources for schools and programs throughout the country to help others implement programs. In a newly released edition of “Playbook Resources,” Meadow Brook Elementary School is highlighted as a leading elementary school and a Unified Champion School. “Playbook Resources” are designed for educators, students, and Special Olympics Programs. Each playbook is broken down into sections that, along with the additional resources, will assist a school in becoming and sustaining Unified Champion School status.
According to the playbook, At Meadow Brook Elementary School, K–4 students have the opportunity to sign up to be LINKS—that is, Loyal, Interested, Nurturing, Kind Students. One hundred and thirty-five students participate in LINKS/UCS; each student in the cognitively impaired program has a LINKS partner for each school day, leading to lots of opportunities for inclusive youth leadership, whole school engagement, and inclusive sports. Inclusion occurs throughout each school day, every day. When possible, students keep these partners throughout the years to allow friendships to deepen and bonds to grow.
When Cam saw his picture featured (one taken a few years ago), he remarked "That's pretty cool!"
Posted by Special Moms at 10:29 AM