“Rest and be thankful.” ~ William Wordsworth 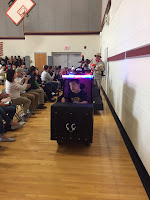 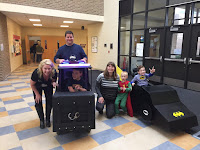 Halloween seems to have lasted for a month around our house but October 31 was the last hurrah.
Oma stayed with us to share in the last of the festivities and we were so grateful to her extra helping hands and warm heart. 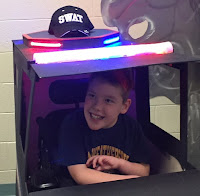 Monday was a half day of school for Cam and the kids maybe tackled a solid hour of work before getting ready for the costume parade in the gym. 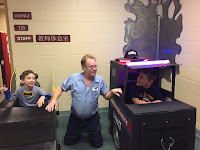 Principal Shaw led the way with Cam, buddy Liam, and fellow Meadow Brook students following.  They take one lap around the gym where parents, relatives and friends are seated, and then proceed to the hallways past every classroom in the school.  The principal asked Cam and Liam to hang out so that they could see all of the other kids and people could stop and say hi.
What one may assume could lead to pandemonium in a grade school with kids from kindergarten through fourth, is actually a very organized, fairly quiet and well-behaved event. 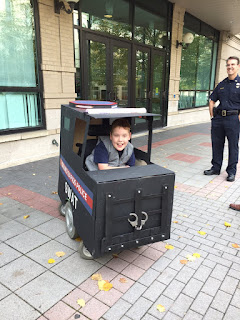 That same afternoon, we made a trek to visit the Grand Rapids Police Department.  Cam and his parents wanted to thank them for all of their support and surprise showing of the real SWAT vehicle at the parade.  Oma and her grandson had whipped up some delicious chocolate chip cookies divided into multiple containers and Jane had printed off some pictures from the parade event for the officers.  It was a surprisingly warm afternoon and many policemen came outside to greet Cam, even the Chief of Police himself! 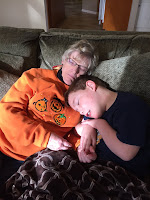 Trick or treating was still yet to come!  It had already been quite a full day so grandma and grandson took advantage of some cozy couch time to sneak in a quick rest.

After an early supper, we were all rejuvenated and ready to tackle the candy gathering tradition. 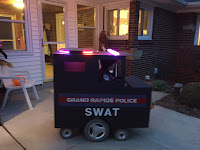 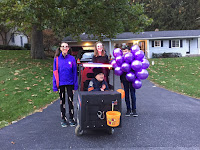 We began the evening one
street over, to spend time with our good friends and neighbors.  The weather remained mild which meant lots of kids were out accompanied by smiling parents.  One of our favorite costumes was worn by a sweet girl who adorned her pants with packages of "smarties" candy- thus, her outfit was named "Smarty Pants!"  Her brother, shown with purple balloons was a bunch of grapes- so creative.  Buddy Emma was dressed perfectly as a black cat, complete with whiskers, a tail and ears.  Cam had a bucketful of candy upon arrival home and his most memorable Halloween yet! 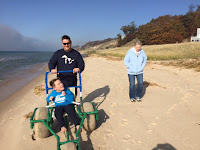 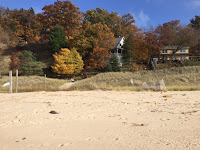 Over the weekend, the weather was too good to resist sticking our toes in the sand maybe one last time until spring.  We traveled to Oma and Opa's on Lake Michigan to spend just a couple of hours in the afternoon. 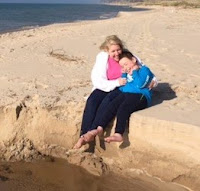 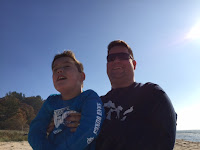 The sun shone brightly and we watched one of the neighbor boys actually dive in the lake (we were assuming on some sort of dare) while we chose to only stroll next to it as we ventured north a bit.  The beach has expanded a great deal since the end of summer and it's always an odd feeling to not see lots of people on the shoreline. 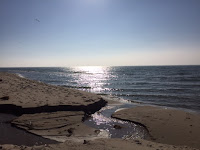 We enjoyed many "treats" this week...having Oma with us, meeting many from the Grand Rapids Police Department, participating in a school parade, spending time with friends and appreciating a late fall day on Lake Michigan.  One might even go so far as to say..."better than chocolate."

Cam has been trick-or-treating for quite a few years now and has decided that he definitely prefers the chocolate treats to anything else.  This year, however, he encountered something different.  At one of the houses he was given a small bag of Baked Lays Potato Chips.  After leaving the house (and being out of earshot), he declared...
"Mom!  This is a really weird thing to give for candy!"  :-).
Posted by Special Moms at 7:33 PM