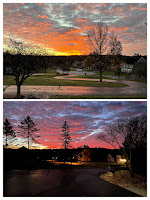 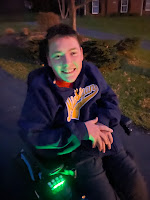 Time zones were first introduced in the United States in 1883 by railroad companies. In 1918, they were codified into federal law by the Standard Time Act, which also included a provision for nationwide daylight saving time modeled after European laws designed to save energy during World War I, but that component was repealed a year later due to protests by farmers. Many states subsequently introduced daylight saving time, and in 1966, the Uniform Time Act standardized the dates when it begins and ends. Hawaii, most of Arizona, and the U.S. territories have opted to observe permanent standard time, but the Uniform Time Act forbids observation of permanent daylight saving time. The Sunshine Protection Act would establish a permanent daylight saving time in the U.S., leading to later sunrises and sunsets during the four months in which most of the U.S. currently observes standard time, resulting in less sunlight in the morning hours and more sunlight in the evening ones. 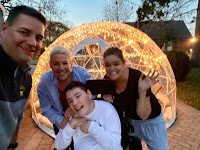 The fall time change of moving back an hour isn't as disruptive as the spring ahead one, but our family agreed that we are hopeful The Sunshine Protection Act becomes a federal standard.  In the meantime, Cam and his mom did enjoy the lighter mornings on their journey to the end of the driveway for the bus each morning.  With some milder temps this week, we opted to set up the igloo at Brody's be Cafe on Thursday early in the evening.  Our small crew worked quickly and the 70+degree weather felt amazing. 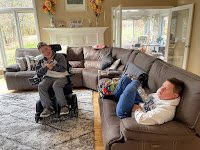 The weekend brought much cooler temps and also Cam's best bud, Brody, to our house for some hang out time.  The guys ate Culver's lunch, played some games, and watched a movie. 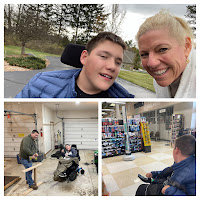 In his true helping character, Cameron split his project time between his parents.  First up was a store run with his mom to our local D&W.  A new addition to the grocery aisles is a robot cleaner named "Callie" who roams the area cleaning the floors.  Cam thought it was pretty cool to watch the robot navigate around barriers, just like he does with his own powerchair.

The chillier temps meant it was also time to convert the lawnmower into the snowblower for the upcoming wintry weather.

The best part of any mundane task is always a more positive and better experience with a cool kid named Cam! 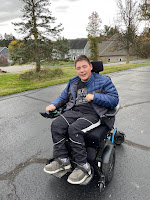 In his teen years, Cam seems to be honing in on his sense of humor.  Taking cues from both parents, he is learning to throw out funny and sarcastic bits.  When Chris announced one evening he had to exercise and wasn't necessarily looking forward to it, Cam threw out this piece of advice.