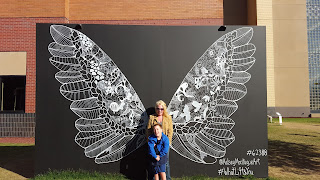 The aim of art is to represent not the outward appearance of things, but their inward significance. ~Aristotle

Fall in
Grand Rapids means Art Prize in downtown GR.  It represents 1500+ works of art at 160+ venues across three square miles.  Cam was able to see some of the entries on two different occasions- once on a field trip with his class and again with his parents over the weekend. 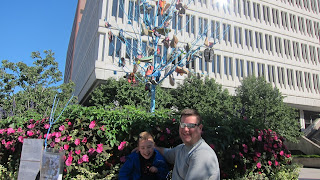 The winged mural pictured is a unique, interactive set of wings created specifically for the ArtPrize Grand Rapids competition. Each piece provides an opportunity for people to step into the work and become a ‘living work of art.’
Cam's favorite display was named "Phenomena 117" although he referred to it as the blue shoe tree!
Phenomena 117 is focused on giving things a second chance and a new life. The hand funnel painted tree was not harmed in any way, in its previous life it was dying and slated for removal. It is adorned with 117 hand funnel painted shoes that were all given up and destined for a new beginning.

Every new beginning is some other beginning's end.... Saturday marked the last fall season baseball game for Cameron.

Volunteers hit the field every week and Home Depot was in full attendance.  Many employees from the stores volunteered their own time to help construct the playground there. The weather cooperated for player pictures as well as the medal ceremony immediately following the game. 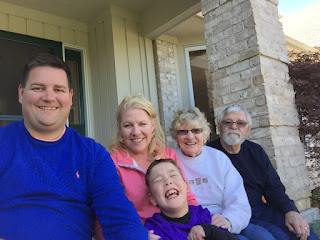 Two of Cam's biggest fans, Oma and Opa were in attendance for their grandson's last game and headed back to the house afterwards. 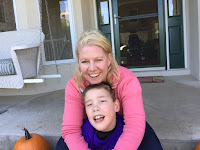 We are so thankful they've made the trek so many times to join the cheering section.

And we're all so thankful Cam continues to love baseball and embrace the excitement and camaraderie of the sport. 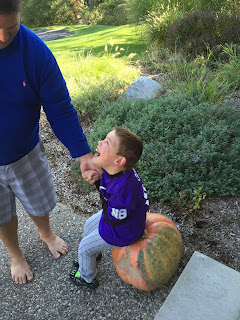