"Spring Forward" -
when families lose an hour of sleep and it feels like jet lag...

Cameron had a bit of trouble sleeping this week, quite possibly due to the strange weather patterns of bitter cold one day and springlike the next.

In honor of daylight saving time, we felt it fitting to provide a little background on the history of DST as well as highlight fun stories about Cam's bedtime.

Daylight saving time in the United States is the practice of setting the clock forward by one hour during the warmer part of the year, so that evenings have more daylight and mornings have less. Most areas of the United States currently observe daylight saving time (DST), the exceptions being Arizona (except for the Navajo Nation, which does observe daylight saving time), Hawaii, and the overseas territories of Puerto Rico, American Samoa, Guam, the Northern Mariana Islands, and the United States Virgin Islands.
During World War I, in an effort to conserve fuel, Germany began observing DST on May 1, 1916. The rest of Europe soon followed. The plan was not adopted in the United States until the Standard Time Act of March 19, 1918, which established standard time zones and set summer DST to begin on March 31, 1918.
Interestingly enough, Michigan didn't observe DST in 1969-1972 due to legislation passed. 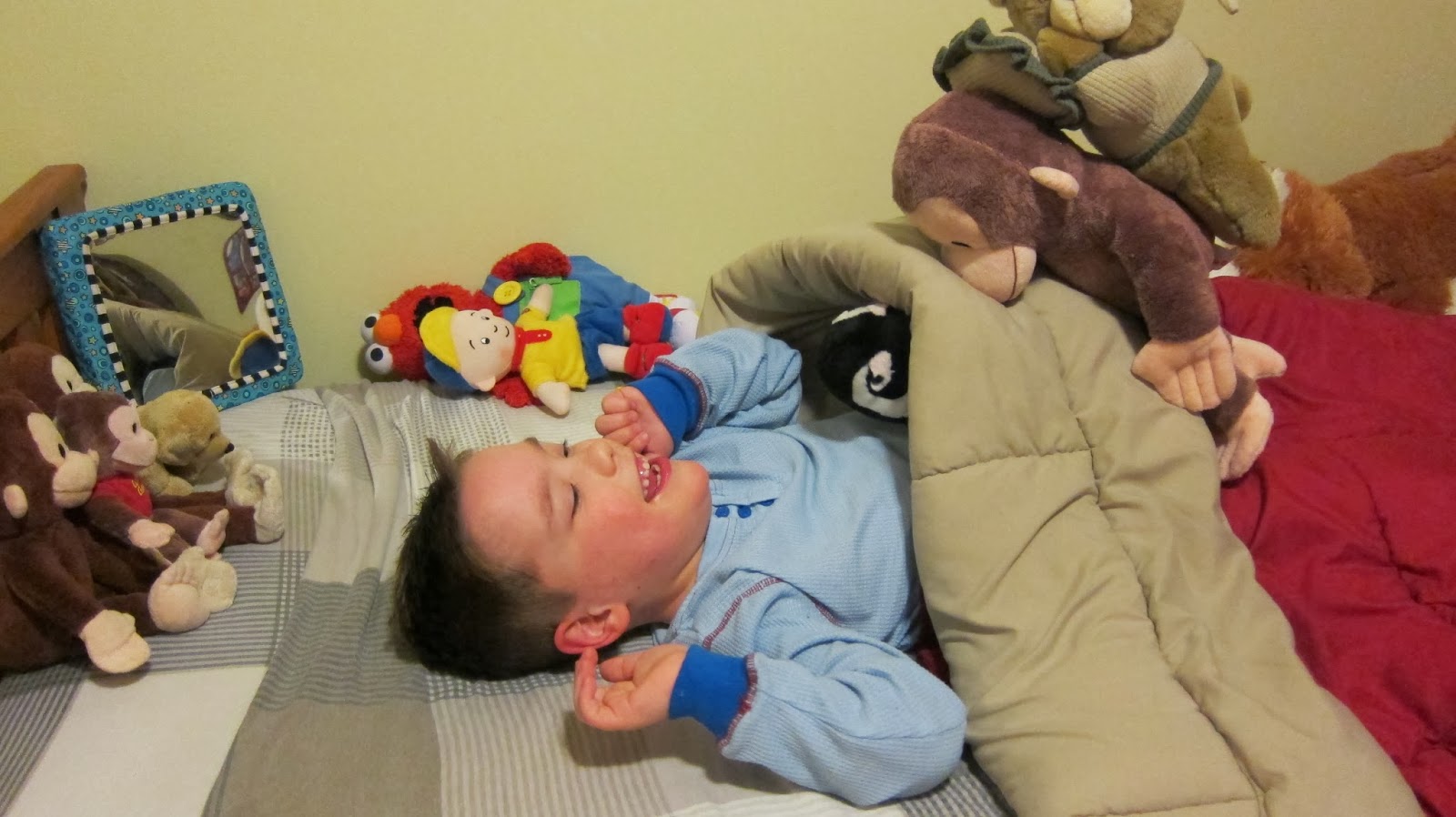 Cam has a typical routine at bedtime- a bath every night, teeth-brushing, Dad reads, then Mom reads and silliness usually ensues before the reading begins.  On this evening pictured, it was determined that some stuffed animals may want to sleep closer to their bunk mate.  The balancing act didn't last long but did bring big laughs!
If Cam's grandparents stay for a visit, then it's bonus time for reading books as one more person is added to the story routine.
Some nights are more difficult to try to get to sleep than others and typical excuses range from Cam being hot, to needing a drink, to somehow having Curious George falling (or being pushed) onto Cam's face.
For the most part, our boy is a good sleeper and we're most thankful to hear giggles every night and see smiles every morning.

~A good laugh and a long sleep are the two best cures for anything~ Irish Proverb
Posted by Chris Weatherford at 10:03 AM